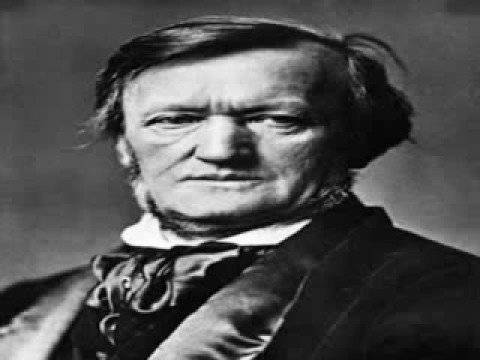 Title : Richard Wagner , Ride of the Valkyries; from (The Valkyrie)

From Wikipedia, The Ride of the Valkyries (German: Walkürenritt), is the popular term for the beginning of Act III of Die Walküre by Richard Wagner. The main theme of the ride, the leitmotif labelled Walkürenritt was first written down by the composer on 23 July 1851. The preliminary draft for the Ride was composed in 1854 as part of the composition of the entire opera which was fully orchestrated by the end of the first quarter of 1856. Together with the Bridal Chorus from Lohengrin, the Ride of the Valkyries is one of Wagner’s best-known pieces. It stands out in part because of its references in popular culture, where it is used to represent stereotypical Grand Opera and, perhaps more, to accompany military-like exercises in film and television.

In the opera-house, the Ride, which takes around eight minutes, begins in the prelude to the Act, building up successive layers of accompaniment until the curtain rises to reveal a mountain peak where four of the eight Valkyrie sisters of Brünnhilde have gathered in preparation for the transportation of fallen heroes to Valhalla. As they are joined by the other four, the familiar tune is carried by the orchestra, while, above it, the Valkyries greet each other and sing their battle-cry. Apart from the song of the Rhinemaidens in Das Rheingold, it is the only ensemble piece in the first three operas of Wagner’s Ring cycle. Outside the opera-house, it is usually heard in a purely instrumental version, which may be as short as three minutes.The complete opera Die Walküre was first performed on 26 June 1870 in Munich against the composer’s wishes. By January of the next year, Wagner was receiving requests for the Ride to be performed separately, but wrote that such a performance should be considered „an utter indiscretion“ and forbade „any such thing“.However, the piece was still printed and sold in Leipzig, and Wagner subsequently wrote a complaint to the publisher Schott.[2] In the period up to the first performance of the complete Ring cycle, Wagner continued to receive requests for separate performances, his second wife Cosima noting „Unsavory letters arrive for R. requests for the Ride of the Valkyries and I don’t know what else.“ Once the Ring had been given in Bayreuth in 1876, Wagner lifted the embargo. He himself conducted it in London on Saturday 12 May 1877, repeating it as an encore.

Within the concert repertoire, the Ride of the Valkyries remains a popular encore, especially when other Wagnerian extracts feature in the scheduled programme. For example, at the BBC Proms it has been performed as such by Klaus Tennstedt and the London Philharmonic Orchestra on 6 August 1992 and also by Valery Gergiev with the Kirov Orchestra on 28 August 2001. It was also performed as part of the BBC Doctor Who Prom on July 27, 2008.