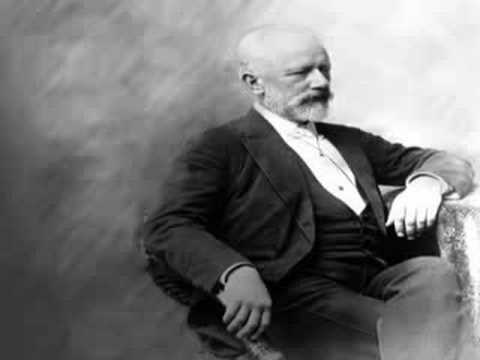 The Nutcracker Suite has become, with its sumptuous decor and its dazzling character dance numbers, the great classic of the festive season. No other scenic production succeeds as well in depicting the marvel of a childlike dream world. Everything becomes possible: toys come alive, flowers dance and princes transport girls to a happy-ever-after world in the clouds. The poetry is enchanting, but it is primarily Tchaikovsky’s music which has helped the ballet conquer the public and stand the test of time. Moreover, the Nutcracker Suite — the shortened orchestral version — remains one of the most recorded works of the repertory and undoubtedly one of the most loved by the general public. Here are some reference points, the better to understand this uncontested success.

A short history of Russian ballet

The Russian Ballet tradition dates back to the seventeenth century. The Tsars Alexis Mikhailovich, Peter the Great and Catherine of Russia did much to encourage this artistic form. At the time, the ballet remained primarily entertainment for rich people, usually large landowners, going even so far as to make their serfs dance ballets during soirées.

Christian Johansson, a Swedish dancer, arrived in St. Petersburg in 1841. His influence on the Imperial School of Ballet was immediately felt. The ballet became a fashionable art and the inhabitants of St. Petersburg quickly transformed themselves into enlightened amateurs. In spite of its decline in the West, ballet continued to occupy a significant place in Russian cultural life. Marius Petipa, a French choreographer who was very interested in the evolution of ballet in Russia, directed several troupes of professional dancers there. He was the appointed choreographer of Tchaikovsky’s ballets: Swan Lake, Sleeping Beauty and The Nutcracker.

Tchaikovsky and The Nutcracker

Piotr Ilyich Tchaikovsky (1840-1893), an exceptional melodist and brilliant orchestrator, had an innate sense of detail. These qualities enabled him to become one of the greatest composers of ballet music the world has ever known. Before his time, ballet music was often only a collection of popular songs seasoned with an orchestral sauce. Tchaikovsky wrote, without the rigid yoke of the sonata form, a series of charming melodies that admirably expressed the intense emotions of his protagonists. Infusing his rich score with a life of its own, the Russian composer transformed the world of ballet forever.

According to musicologists, Sleeping Beauty (1890) remains Tchaikovsky’s masterpiece, integrating a complex use of leitmotivs that give fresh continuity to the series of character dances constituting the work. The Nutcracker, however, remains extremely popular with music lovers. Its choreography was started by Marius Petipa, who had presented to Tchaikovsky the ballet’s detailed scenario, all the way down to specifying the rhythm, tempo and number of measurements for each dance. When Petipa fell seriously ill, his assistant Leon continued the work.

The Nutcracker was first presented on December 18, 1892, and it left critics divided. Tchaikovsky himself had not been filled with enthusiasm at the idea of adapting E.T.A. Hoffmann’s tale, contending that the subject was too dark and did not lend itself to scenic presentation. However, The Nutcracker’s popularity in Russia was immediate. It was only in 1934 that Nicholas Sergeya first presented it in the West, at Sadler’s Wells Theatre in England. The Russian Ballet of Monte-Carlo interpreted it for the first time in the United States in 1940, in a shortened version. In 1954, George Balanchine’s choreography became the definitive version that inspired several adaptations throughout the world.

With the approach of Christmas, one can count productions of The Nutcracker into the hundreds. This classic has been danced thousands of times, of course, but has also been transformed into theatrical productions, films and figure skating shows. The sales of tickets for The Nutcracker represent manna for dance companies, accounting for approximately half of their annual box office earnings.

Why does this work captivate us from the start? No doubt because its charming melodies remain present in the memory for days, but also because of its textures and its perfectly controlled orchestral colours. The melodies are not played solely by strings — instead, practically every instrument of the orchestra plays at least one small solo, contributing to a large variety of tonal shades. When Tchaikovsky combines the strings, woodwinds and brass, the sound obtained is particularly rich and voluptuous. Like Clara’s magic fir tree, which does not stop growing at the end of Act I, The Nutcracker continues to fill our lives with a magic essential to this time of year. A magic which too often escapes us…