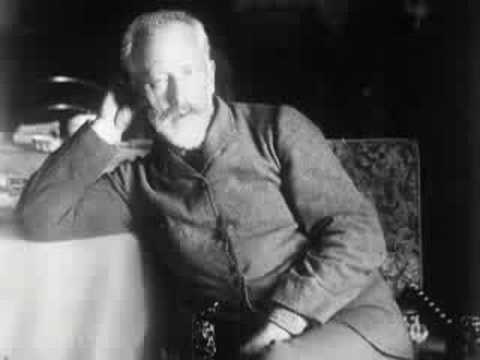 From Wikipedia ,Eugene Onegin (Russian: Евгений Онегин, Yevgény Onégin is an opera („lyrical scenes“), Opus 24, in 3 acts, 7 scenes, by Pyotr Tchaikovsky. The libretto was written by Konstantin Shilovsky and the (brother of the) composer, and is based on the novel in verse by Aleksandr Pushkin. The opera was first performed in Moscow in 1879. Eugene Onegin is a well-known example of lyric opera; the libretto very closely follows Pushkin’s original, retaining much of his poetry, to which Tchaikovsky adds music of a dramatic nature. The story concerns a selfish hero who lives to regret his blasé rejection of a young woman’s love and his careless incitement of a fatal duel with his best friend. There are several recordings of it, and it is regularly performed. The work’s title refers to the eponymous protagonist.

In May 1877, the opera singer Lavrovskaya recommended creating an opera based on the plot of Eugene Onegin to Tchaikovsky. At first this idea seemed wild to the composer, according to his memoirs, however he was soon growing excited about the idea and created the scenarios in one night before starting the composition of the music.

Tchaikovsky used the original verses from Pushkin’s novel and chose scenes that involved the emotional world and fortunes of his heroes, calling the opera „lyrical scenes.“ The opera is episodic; there is no continuous story, just selected highlights of Onegin’s life. Since the original story was so well known, Tchaikovsky knew his audience could easily fill in any details that he omitted. A similar treatment is found in Puccini’s La bohème. The composer had finished the opera by January 1878Tchaikovsky worried whether the public would accept his opera, which lacked traditional scene changes. He believed that its performance required maximum simplicity and sincerity. With this in mind, he entrusted the first production to the students of the Moscow Conservatory:

The first performance outside Russia took place on 6 December 1888 in Prague conducted by Tchaikovsky himself. It was sung in Czech and translated by Marie Červinková-Riegrová.

The first performance in England took place on 17 October 1892 at the Olympic Theatre in London with Henry Wood conducting. This performance was translated into English by H. S. Edwards and sung in English.

At the Metropolitan Opera in New York the US premiere was given on 24 March 1920. The opera was sung in Italian.

Other notable performances included one in Hamburg conducted by Gustav Mahler on 19 January 1892.