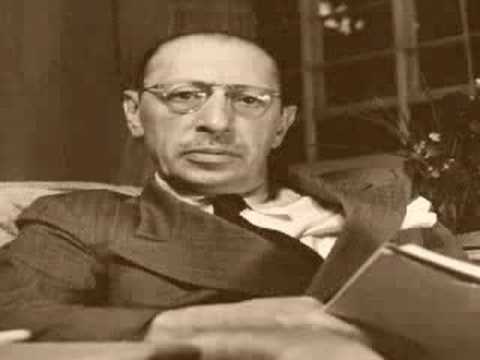 From Wikipedia,The Rite of Spring, commonly referred to by its original French title, Le Sacre du Printemps (Russian: Весна священная, Vesna svjaščennaja) is a ballet with music by the Russian composer Igor Stravinsky, original choreography by Vaslav Nijinsky, and original set design and costumes by archaeologist and painter Nicholas Roerich, all under impressario Serge Diaghilev. The music is widely acknowledged as one of the greatest, most influential, and reproduced compositions in history. It is iconic for 20th century classical or avant garde European music, with innovative complex rhythmic structures, timbres, and use of dissonance. The scandal of a riot at its 1913 premier, caused by its innovative technique and content, made it one of the most internationally well known and controversial works in performance historyThe music for Le Sacre du Printemps is regarded as one of the pinnacles of human intellectual achievement. Composer and conductor Leonard Bernstein, in his Six Talks at Harvard, said of one passage, That page is sixty years old, but its never been topped for sophisticated handling of primitive rhythms, and of the work as a whole, its also got the best dissonances anyone ever thought up, and the best asymmetries and polytonalities and polyrhythms and whatever else you care to name.The Rite of Spring is a series of episodes depicting a wild pagan spring ritual: „… the wise elders are seated in a circle and are observing the dance before death of the girl whom they are offering as a sacrifice to the god of Spring in order to gain his benevolence,“ said Stravinsky, of the imagery that prompted the genesis of the work. Though the music is capable of standing alone, and was a great success in the concert hall, in conception it is inextricably tied to the action on stage. The Rite is divided into two parts with the following scenes (there are many different English translations of the original titles; the ones given are Stravinsky’s preferred wording[citation needed] followed by the original French in parenthesis.