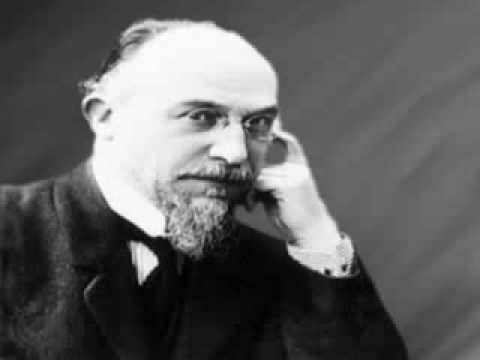 From Wikipedia, The Gymnopédies, published in Paris starting in 1888, are three piano compositions written by French composer and pianist, Erik Satie.

These short, atmospheric pieces are written in 3/4 time, with each sharing a common theme and structure. Collectively, the Gymnopédies are regarded as the precursors to modern ambient music[citation needed] – gentle yet somewhat eccentric pieces which, when composed, defied the classical tradition. For instance, the first few bars feature a disjunct chordal theme in the bass – first, a G-major 7th in the bass, and then a B-minor chord, also in the lower register. Then comes the one-note theme in D major. Although the collection of chords at first seems too complex to be harmonious, the melody soon imbues the work with a soothing atmospheric quality.

Satie himself used the term “furniture music” to refer to some of his pieces, implying they could be used as mood-setting background music. However, Satie used this term to refer to only some of his later, 20th century compositions, without specific reference to the Gymnopédies as background music. From the second half of the 20th century on, the Gymnopédies were often erroneously described as part of Satie’s body of furniture music, perhaps due to John Cage’s interpretation of them.